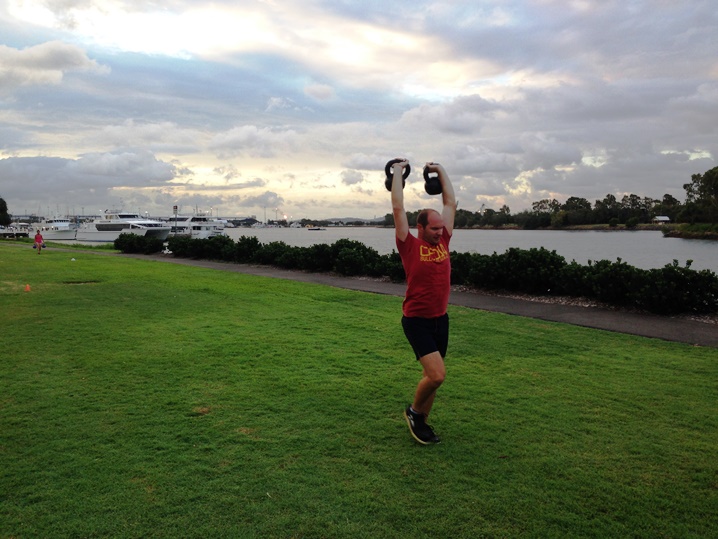 This week I forced my Monday afternoon groupies to do a style of workout I don’t often deliver. Mainly because I want my clients to come back.

But these groupies are a pretty hardy bunch and I knew they wouldn’t hate me for it (too much), even if they were less than impressed by it.

For most present, it was hell on a whiteboard.

“I’m deciding whether I should just leave now,” one said.

“Can we just break it into three rounds instead?” others chorused. Yeah, we could have broken it into three rounds of smaller sets and absolutely still experienced a great workout. But you know what we wouldn’t have experienced? We wouldn’t have known what it felt like to work to the point of failure.

We wouldn’t have known that the last 25 sit ups would feel VERY different to the relatively easy first 50. Where did our abdominals go after that? They felt empty and weak and the last 25 was a grind.

We wouldn’t have known what it felt like to be forced to rest while performing barbell snatches. Why did the first 20 feel okay but the next 30 almost impossible?

Muscular fatigue is closely followed by mental fatigue and results in the point of failure during  a workout. And in this context, failure is not a bad thing.

It just means we’ve pushed ourselves to the point where we are forced to slow and that point is where we’re required to dig deep.

If you push people to the point of failure, they will learn to adapt and then eventually be able to push past it.

In a way, it’s like being cruel to be kind. These workouts are cruel but they only serve to make us physically and psychologically fitter.

However, according to Labour of Lust’s hit song, for Cruel to be Kind it must be “in the right measure.”

Doing this volume of repetitions in workouts would become boring and unimaginative if dished out to people every week.

But doing it every once in a while produces a challenging physiological effect, helps people find limits and figure out ways of pushing through them and brings with it a larger sense of post-workout accomplishment.

I am pleased to report, despite all the pre-workout reservations, everyone finished in under 30 minutes. Stay tuned on whether they return next week!